Renowned today for being a study in community ingenuity, the Village of Rosemont’s heritage and beginnings were much more humble, yet eerily prophetic.

Even though the unincorporated area of Leyden Township was nearly unpopulated in the 1830’s, it
was an important crossroads and River Road was a thoroughfare of sorts for pioneers on their
journeys westward.

Except for the laying of the Wisconsin Central Railroad’s tracks in 1887, not much changed until 1933, when the Century of Progress Exposition came to Chicago and had a profound effect on the area in two ways: Part of the land that became Rosemont was divided into 25-foot lots and sold at the world’s fair; and tons of soil required for the building of the fair were taken from the banks of the Des Plaines River and were replaced with tons of garbage, blighting the area for decades to come.

The Great Depression and the untimely death of her husband caused a young mother and
her children from the west side of Chicago to seek more affordable housing in a stretch of unincorporated land, just northwest of the city‘s limits, settling around Scott Street and
Higgins Road.

There, the widow raised her children through the Great Depression and World War II. Nearby Orchard Depot became Orchard Field Airport and by 1947, Chicago chose it to be the site of the city’s future international airport, and changed its name to honor fallen Congressional Medal of Honor hero,
Edward H. O’Hare.

Despite the frequent flooding and growing tire and garbage dumps, the unincorporated area
was home to a close-knit group of 84 neighbors, who were persuaded by civic leader, William Burkes, to form a homeowners association, in 1952.

By 1956, one of the widow’s sons had grown into manhood, served in the National Guard, helped
dig the septic system and accomplished much more to improve the living conditions for the neighbors. Donald Stephens’ fearless and hard-working nature and his decisive character made him a
natural leader.

When the group of homeowners met in 1956, to vote on the incorporation of the town, Don Stephens,
a young husband and father himself, was the easy choice for president. Members
of the resourceful group placed suggested names of the new municipality in a hat.
The name pulled was Rosemont, and what would become a remarkable town was born.

In the next half-century, Mayor Donald E. Stephens became a very successful entrepreneur whose businesses spanned several categories. But his first love was always public service.
He dedicated his life to the growth and development of this unique town, and was in his 14th consecutive term of office when he passed away on April 18, 2007, at age 79.

A true visionary and a passionate leader, Mayor Stephens was also a brilliant pragmatist.
He foresaw the growth of O’Hare Airport and knew the opportunities and accompanying challenges it offered. In his mind’s eye, he imagined a glamorous destination with world-class hotels welcoming a new group of pioneers – the 20th century’s business travelers – to an on-going compendium of modern-day fairs -- from tradeshows to expositions, conferences, meetings and much more.

Mayor Don Stephens began turning the dream into reality when the Village of Rosemont converted a factory and warehouse into what is today one of the most successful convention and tradeshow facilities in the U.S.A.

The O’Hare Exposition Center, opened in 1975, had 150,000 square feet of meeting, convention and exposition space. Today, the center is the Donald E. Stephens Convention and Conference Center,
a facility of nearly one million square feet, presenting approximately 100 industry tradeshows, conventions and public events annually, which are attended by more than 1.35 million visitors; the Stephens Center is routinely ranked among the top convention centers in the nation.

One success led to another. In addition to the convention center, Mayor Stephens, through the years, attracted developers and created the award-winning Allstate Arena (originally the Rosemont Horizon), the elegant Rosemont Theatre, the sleek Rosemont Health & Fitness center, and the early stages of Parkway Bank Park at Rosemont (including AMC Rosemont 18 and aloft Hotel Chicago O’Hare).

When Mayor Don Stephens passed away in 2007, the Village of Rosemont Board of Trustees immediately voted unanimously to appoint their fellow board member of 18 years, and the late mayor’s son, Brad Stephens, to the Office of the Mayor, completing his father’s term.

Since then, Mayor Brad Stephens was elected to his first full term by a mandate (97 percent of voters).

Progress is still Rosemont’s hallmark standard and will be for many years to come.

Mayor Brad Stephens recently worked on the first development ever created on one of the village’s busiest and most visible and historic intersections:  the northwest corner of River and Higgins Roads. Where pioneers once tread, is the site of the Hampton Inn & Suites Hotel, a new parking garage and the American Academy of Orthopaedic Surgeons.

He is also implemented a major transportation plan along Balmoral Avenue which yielded new access to O’Hare and greatly widen and improve many other roads and thoroughfares throughout Rosemont.

The energetic Mayors Don and Brad Stephens have made Rosemont an economic engine for the State of Illinois, for more than six decades.

The village offers superior services and low taxes to its citizens. An average 75,000 – 100,000 visitors are welcomed and served daily by the Village of Rosemont, with its population of 4,202, and more than 60,000 employees commute to Rosemont daily to work at all kinds of organizations, from small hometown shops to multi-national corporate headquarters. 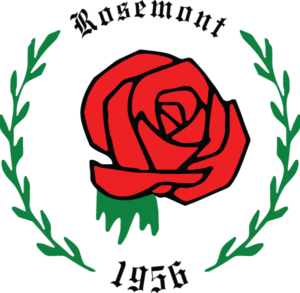