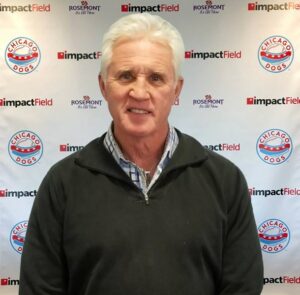 Chicago baseball history dates back to 1856 and over 5 million fans define their lives by their baseball loyalty, pride, and traditions. We are here to celebrate and unite the city of baseball with a world-class ballpark experience and an increased focus on community, family, and youth engagement.

Premium seating opportunities are also available at Impact Field’s luxury suites and Rivers Stadium Club. Single-game tickets for the private club are available for $85 per person and include access to an all-inclusive premium buffet provided by Levy Restaurants as well as beer, wine and soda. Tickets can be purchased by calling 847-636-5450 or visiting TheChicagoDogs.com.