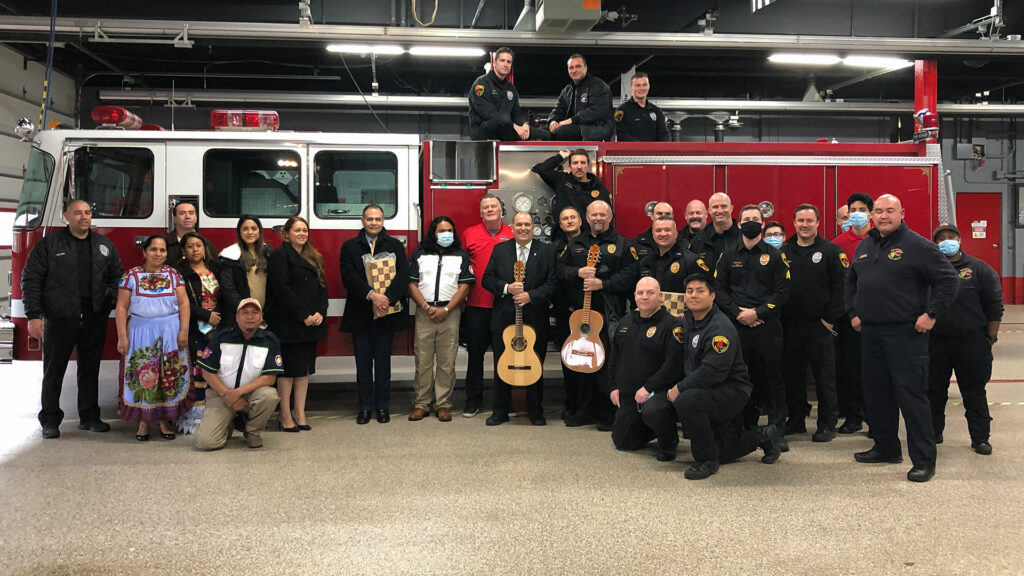 The donation today has been in the works for a number of years. However, due to COVID, the donation was delayed. We have worked with the Mexican Consul and members of the community in Mexico on this donation due in part because a large population of Rosemont residents grew up in and still have family from this area of Michoacan, Mexico.
After Mayor Stephens heard of this, and knowing that we would have a spare fire engine not in use in Rosemont, the decision to donate was easy to make.

After today’s ceremony, the fire engine was taken by members of the volunteer fire department and will be stored within Illinois until paperwork at the United States / Mexico border is finalized. Once complete, the fire engine will be delivered to its final location in Mexico via a flatbed truck. Currently, the volunteer fire department in Mexico does not have a fire engine. They utilize a pickup truck filled with a water tank along with the simple method of water buckets to put out a fire.

It is an honor and pleasure to see this fire engine continue to serve a community in need. While the Rosemont Public Safety Department may no longer have a use for this fire engine, it is still in great condition and has many more useful years left. We hope that this can help protect the community in Michoacan, Mexico as much as it has for us throughout the years.