Once only a place for conventioneers and those looking for a cheaper cup of joe than offered at the airport, the city of Rosemont has evolved into an entertainment and shopping magnet for locals, tourists and conventioneers. Located next to O’Hare International Airport, and along major expressways, it has become a possible place to dine, play and shop in the nearby ‘burb.

In addition to the Donald E. Stephens Convention Center and the Allstate Arena, which hosts concerts and shows, Rosemont has a buzzing entertainment complex called Parkway Bank Park. The large outdoor venue is surrounded by several restaurants, huge movie theater and bowling alley. There’s a football field-sized grass area in the center where they host many free outdoor events, ranging from ice skating to concerts and summer is especially full of events.

It’s a popular place to party, especially for groups, because of the many large, buzzy restaurants. Teens and twenty somethings pack Sugar Factory for its over-the-top desserts and the country music and whiskey crowd likes to throw back a shot at Bub City/Joe’s Live. Choose among 40 restaurants from Mama’s Meatballs at Carmine’s and great steaks at Gibson’s to Truluck’s stunning seafood displays.

Fashionistas score at Fashion Outlets of Chicago with high-end design shopping at spots like Burberry, Neiman Marcus, Nike and Prada and its helpful amenities including airline baggage storage and boarding pass printing for those traveling through O’Hare International Airport. Rosemont’s first boutique hotel, The Rose Hotel, and the youthful Aloft are right in the middle of all of the action.

Rivers Casino, the first casino in the world to achieve the LEED Gold certification, is technically in Des Plaines, but adjacent to Rosemont and close to O’Hare International Airport. It fits the bill when you’re looking for some gaming entertainment near the Donald E. Stephens Convention Center or the airport. 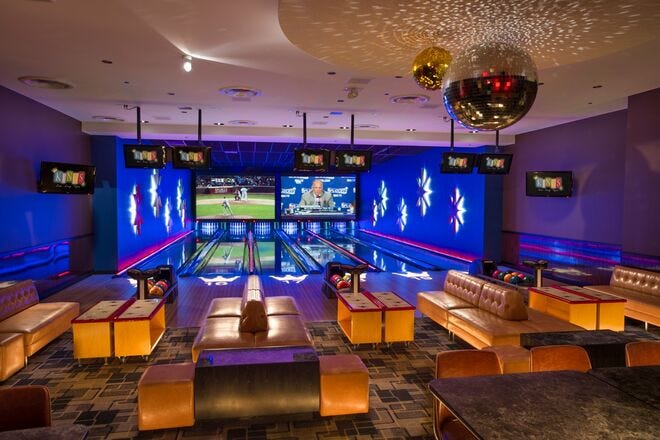 Jacky’s expert tip: Bring the kids except after 9:30 p.m. on Friday and Saturday when Kings becomes an adult playground for those 21 or older. 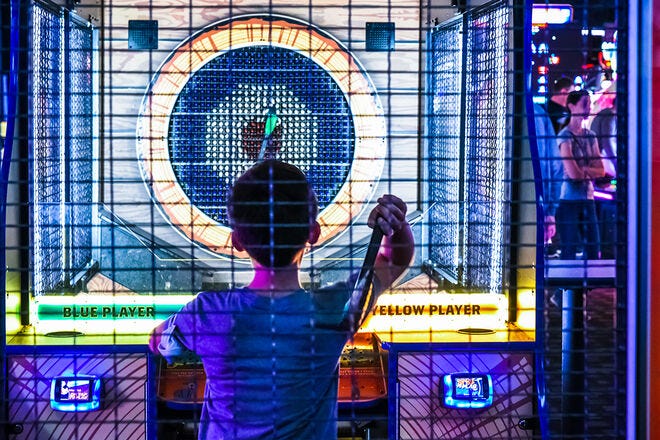 The Rosemont outpost of the indoor amusement chain adds over 40,000 sq. ft. of HDTV’s, glowing cocktails, more than 160 arcade games, private event space and sports bar menu of apps, burgers and bowls to the Pearl District of Rosemont. It’s Vegas-lite for kids, laugh-out-loud fun for adults playing air hockey, racing and shooting games, and high-tech carnival-type games of chance. D&B has revamped its menu and has 23 new chef-crafted menu items including trendy roasted cauliflower and Korean sticky ribs and even kind of healthy – try a vegetarian chimichurri bowl, fire-grilled salmon or a salad if you don’t want to go over your calorie count. Kids can wear themselves out in the arcade while parents sip Margaritas, an Old Fashioned or Glow Kones containing a flashing cube that may help Junior locate Mom or Dad. Thursdays, the Rosemont fireworks can be seen from D & B’s parking lot.

Recommended for Rosemont’s Best Attractions because: The D&B Sports Bar has two dozen screens and major sport packages making it an ideal spot for sports fans.

Jacky’s expert tip: You can spend a lot of money fast, so consider stopping in Wednesdays, open to close, for half-price games. 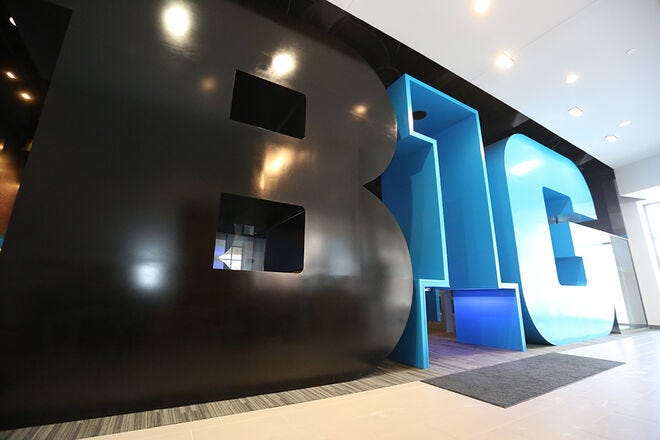 If you’re a fan of Big 10 sports then you’ll want to visit this unique museum in Parkway Bank Park. It’s dedicated to the history and highlights of the mens’ and womens’ sports teams from the Big 10, a division which consists mostly of colleges in the Midwest. The museum includes 13 interactive exhibits, a theater, and even things like a photo op with the Heisman trophy. Look up stats, learn about the league’s sports legends, listen to famous TV or radio calls from certain games, or play an interactive game where you catch a football, stop a soccer ball or block a hockey puck.

Recommended for Rosemont’s Best Attractions because: This is a specialized museum for fans of college sports.

Jacky’s expert tip: The museum is open seven days a week and admission to the Big Ten Experience is free. 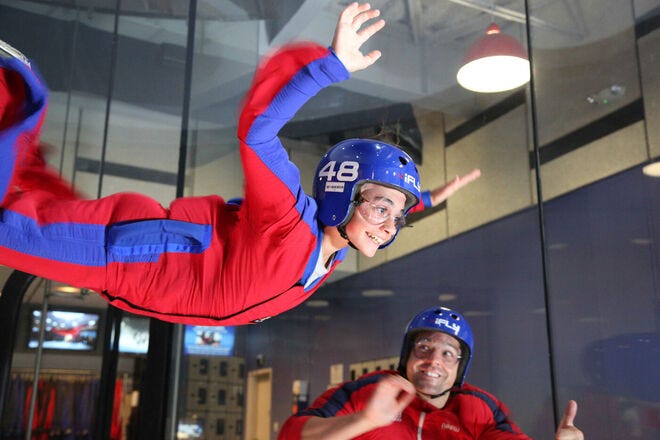 iFLY lets fliers experience the thrill of skydiving in the safety of an indoor, vertical wind tunnel. Located in Rosemont, just minutes away from Chicago’s O’Hare International Airport, the indoor skydiving attraction lets fliers feel the wind in their face and the rush in their bones as they float effortlessly into the air. The experience begins with a safety lesson and tutorial, and then the friendly instructors help you fly. Sometimes the instructors will do some tricks for the crowd, which circles the glass tunnel. Videos of your flight are available for purchase. It’s a popular activity for couples, families and even seniors. It’s worth a go at least once.

Recommended for Rosemont’s Best Attractions because: This is a unique, memorable experience for couples, families and even seniors.

Jacky’s expert tip: Keep an eye out for Groupons and other deals. They can save you a few bucks (just be sure to read the fine print). 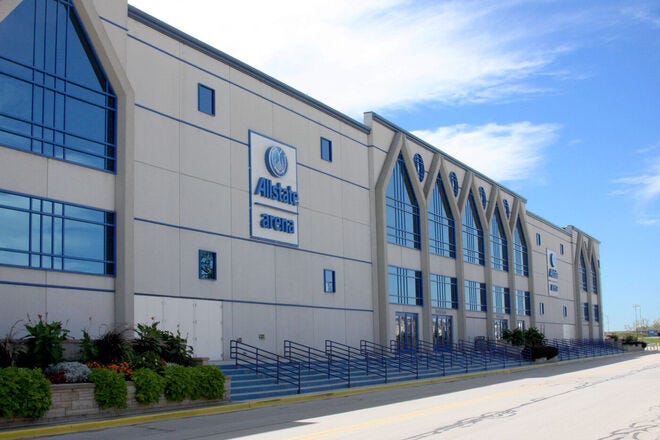 Allstate Arena’s 18,500 seats make it one of the largest indoor entertainment facilities in Chicago. It hosts A-list music concerts, family shows, sporting events and a massive flea market in the parking lot on Sunday mornings. The arena is home to the Chicago Wolves (AHL) and WWE shows. Some of the big shows in 2021 include Blake Shelton Friends And Heroes 2021 Tour; Enrique Iglesias and Ricky Martin; Marc Anthony; Andrea Bocelli; and Simone Biles’ Gold Over America Tour. Video screens and good sight lines make it easy to enjoy the show regardless of where you are seated. There is plenty of on-site parking although as expected, it can take some time to leave the lot after a popular performance or game.

Jacky’s expert tip: Snag a last minute ticket at the walk-up box office across the street. 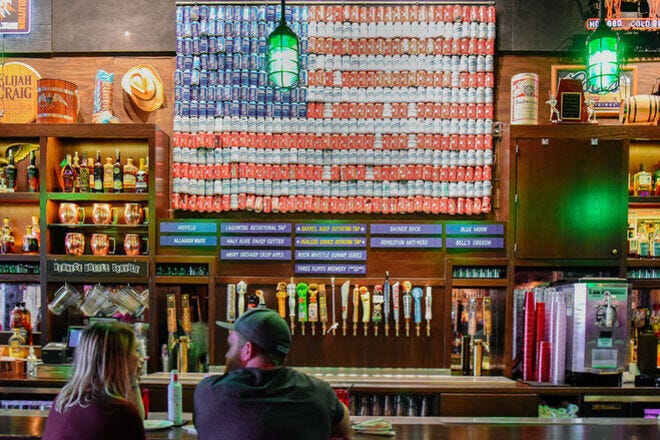 Bub City is the saloon to visit for barbecue, whiskey and live country music when you’re out west – er…Rosemont. Choose among 125 different whiskeys, snacks that hit the spot like fried pickles; guac, pimento cheese and chips; tots piled with cheese, bacon and sour cream; or Prime beef meatballs if you’re going keto. There are also two-fisted burgers and sandwiches, tavern pizza, and and a whole lotta barbecue. The venue partners with legendary Joe’s Bar on Weed Street and the newer Joe’s Live (just steps away) so visitors can expect to see emerging talent featured on center stage. Currently, Bub City presents live acoustic music sets every Friday and Saturday evening and Joe’s Live resumes country music concerts in fall, 2021. In addition to the dining room, there’s outdoor seating on the patio with heaters to keep the chill away in cooler weather.

Recommended for Rosemont’s Best Attractions because: Triple your fun at Bub City which is a whiskey bar, barbecue joint and a place to catch live country music.

Jacky’s expert tip: Stop in for Happy Hour, Monday-Friday, 3pm-6pm, for $6 Old Fashioned’s, Back Porch Tea and Margaritas, at the bar, in the dining room or on the patio.4 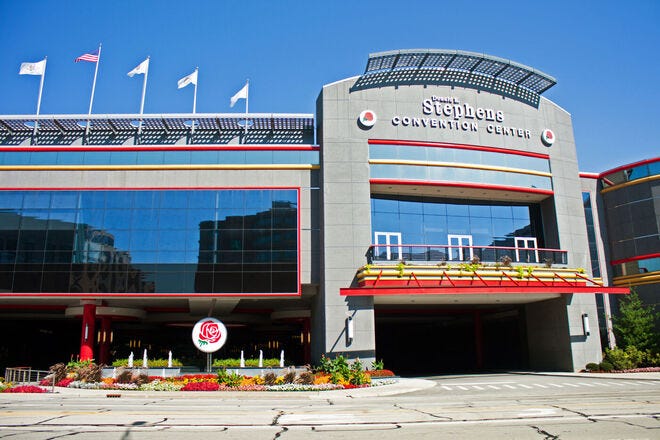 The Donald E. Stephens Convention Center hosts plenty of trade shows, to be sure, but there are also more than a few exciting public shows that anyone can attend. The colossal exhibition space may be filled with masquerades, cosplay meetups, concerts and dances during Anime Central. Be wowed by the artistic ink during the Chicago Tattoo Arts Convention and the National Sports Collectors Convention attracts collectors and dealers of trading cards, autographs and other sports related memorabilia. Want to start your own cannabis business? Canna Con is for you. Some of your favorite athletes will be on hand for meet-and-greets, photo-ops, and autograph signings at the Chicago Sports Spectacular. Thousands converge here during Wizard World Chicago to dive deeper into pop culture via . movies, comics, toys, video games, Anime, Manga, art and collectibles. And who isn’t ready to explore thousands of vacation options at the Travel & Adventure Show?

Recommended for Rosemont’s Best Attractions because: The Donald E. Stephens Convention Center has reopened and there are a number of interesting public shows for fans of everything from travel to sports memorabilia.

Jacky’s expert tip: When dining in Rosemont, ask your server about any convention discounts on food or drinks. 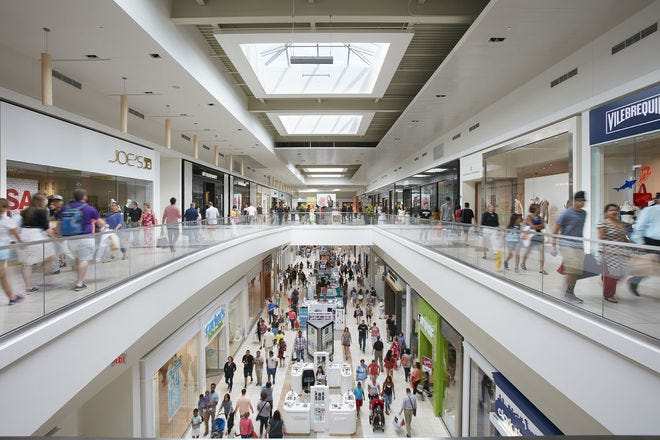 Fashion Outlets of Chicago opened in 2013 and quickly became one of the most popular shopping spots near Chicago for tourists and locals. The mall’s upper level has high end stores like Burberry, Longchamp and Prada, with the first-floor occupied by favorites like Nike, GAP, PUMA and Saks. There’s a shuttle to the mall from O’Hare International Airport, which is just a few minutes away. The mall’s guest services area offers a wide range of travel-related services, including airline baggage storage and boarding pass printing. The mall also has several food options, including healthy food from Freshii, vegetarian at Maoz, or confections from Lindt, Häagen-Dazs or Godiva.

Recommended for Rosemont’s Best Attractions because: The large, indoor designer outlet mall is a short ride from O’Hare International Airport.

Jacky’s expert tip: Parking is free in the indoor lot. Look for green lights above the parking spaces, which indicate an open spot. 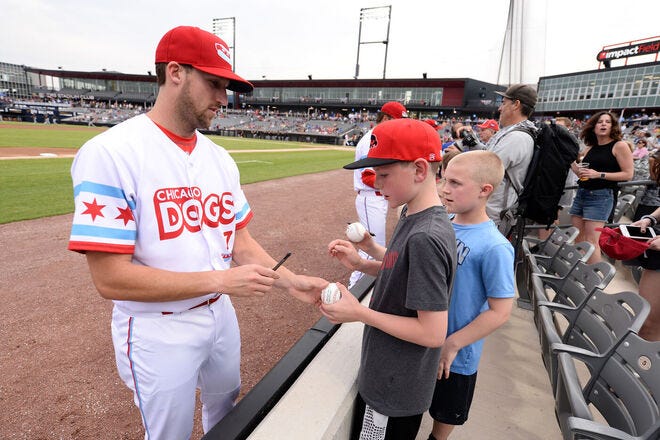 The world-class ballpark, Impact Field is a new $63 million development with 6,300 seats, seven private seating experiences, a 360-degree open concourse, and tons of stadium garage parking spaces. The equally new Chicago Dogs of the American Association of Independent Professional Baseball run the bases here during home games. The team is named after Chicago’s and baseball’s favorite food and if you compare the Chicago Dogs’ logo to the city’s flag, you’ll notice the same colors and stars surrounding the hot dog graphic. The 2021 season features 50 home games and Butch Hobson, who managed the Boston Red Sox for three seasons, is the first manager of the Chicago Dogs. Locals will be thrilled to know that the world’s second Wiener’s Circle location calls the ballpark home. Expect signature items like char dogs and char burgers.

Recommended for Rosemont’s Best Attractions because: The independent league baseball stadium is home to the newest expansion team of the American Association of Independent Professional Baseball – the tasty Chicago Dogs.

Jacky’s expert tip: Single game tickets cost between $9-$25 but there are other value packages from which to choose. 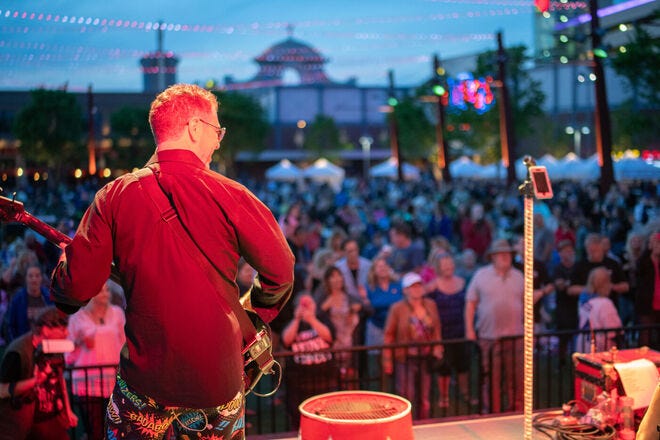 Recommended for Rosemont’s Best Attractions because: It’s a slice of the city with dining and entertainment all in one place – no taxis, Ubers or Lyfts needed.